i did it again! Played in the kitchen, meddling with my stuff on sundays, and attempting to make cream puffs.
well, they probably look like weird alien heads with pointed tips (something I would expect to see from The Pet Shop Boys MTV), but believe me, they taste nicer than they look. I was supposed to squeeze them out using a piping bag onto the baking tray. But halfway through, my piping bag burst. Part of the reason was because it is a cheap one from Cold Storage, and part of the reason was that I did not use the coupler ring correctly (by the way, it was after the whole thing, that I went to the net to read up on piping bags that I discover the correct way to use a coupler ring).
here they are, just out from the oven, enjoying the cool air for a while. 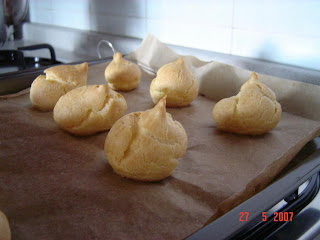 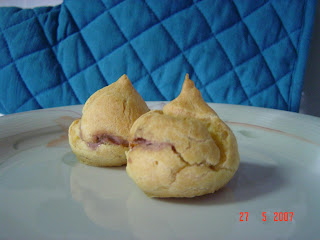 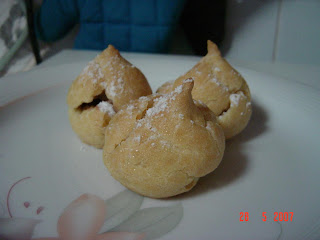