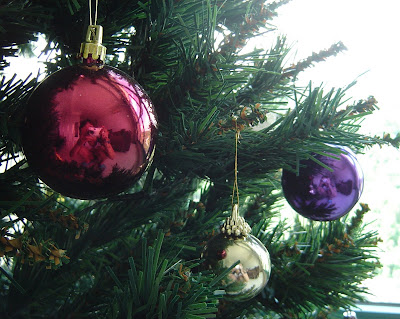 The holidays and 2-day workweeks sure left me feeling lazy. I had to drag myself to turn on the laptop otherwise my overdue posts will just grow more and more.
The past year has been a very fruitful year for me, especially with my baking skills. I have learnt a lot, improved a lot, and I want to say a big thank you to everyone who drops by this little blog of mine. I have had a lot of encouragement, and I cannot stress enough, how much I have learnt through this blog. I have to thank all my guinea pigs who try everything I bake and give me feedback. Without them, I would not even have baked much if I do not know where to throw my baked stuff to. In the next 12 months, I hope to go even further, to try lots more new recipes and to step into boundaries I have never, or was afraid to step in before. Macarons is one of them.
Ok, so I have been trying to make macarons since last year! Sounds like a long time doesn't it! No, it was only from the end of December till now. So how is my second attempt at macarons?
This time, the batter seems like it was going to work. When I piped them out, they formed round circles and I made left a tray of them to set, while I tried adding colours to the rest of the batter. It was a wrong move. Adding the colours at the end made me meddle more with the batter and it soon became too liquid.
To make the story short, here is what I gathered out of this attempt:

1) The macrons still cracked, though a lot less. There were 2 totally without cracks.
2) After my first attempt, I am glad I will never waste time drawing circles on the parchment paper again.
3) There was still no feet!!
4) Leaving the trays to aside for at least 30 minutes before baking seem to help, though many bloggers have tested and said it made no effect. I need to experiment more.
At least this attempt resulted in edible macarons, with a crispy shell and a light and hollow inside, just like how a macaron should taste like (unlike my chewy maca-wrongs from my first attempt).
It was still disappointing though, because I could not make anything else in time as christmas gifts for my colleagues. So, I got them simple, small gifts at the very last minute.
Now, let's take the egg whites I have collected and start again....

HI there - why don't you come to our Hands on Macaron class at Palate Sensations? Our first class in 2009 is Feb 5th and we only accept 8 participants since each of them will make their own with Chef Lynn Chen. She's an expert in Macarons. I am sure you will no longer have this problem and we should be seeing you post beautifully formed macarons in your next blog!

Did you crack the eggs the day before and let rest the egg whites? that helps to dehydrate the egg whites and more protein in the batter. I read a good tutorial in http://www.dessertsmag.com/index.php?option=com_content&view=article&id=459:step-by-step-french-macaron&catid=1&Itemid=115